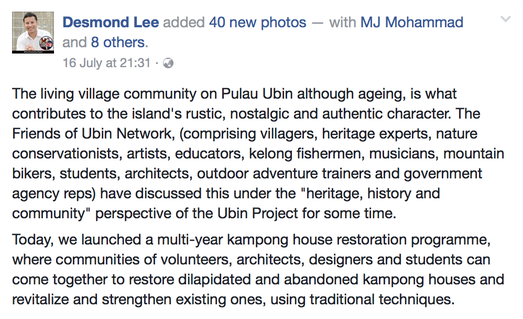 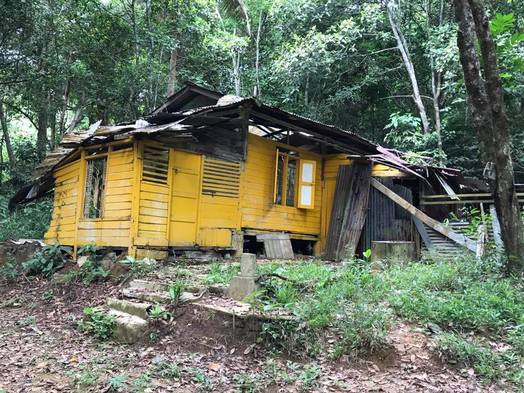 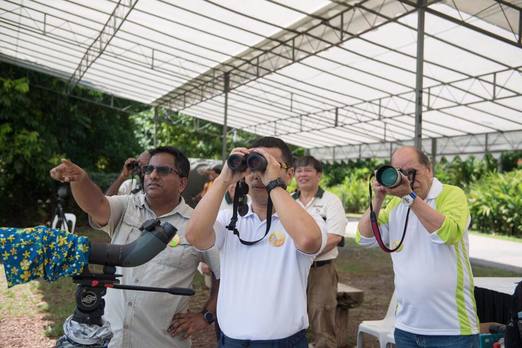 "'Since last year, we've embarked on initiatives that represent our commitment to further enhance the heritage, history and community of Pulau Ubin', said Mr Lee.

He pointed to House 363B, which was restored after it was returned to the state. The house, which once belonged to Mr Chew Teck Seng, was relaunched in his name to 'give visitors a glimpse into kampong life on the island in the 70s.'

'Many people have enjoyed visiting Teck Seng's place. The house and the specially curated memorabilia and photographs have triggered fond memories of how life used to be in the past', said Mr Lee.
​
He added: 'Recognising the community's interest, we will be embarking on a more concerted effort to restore the kampong houses on the island. It is the existing community's way of life on Pulau Ubin that makes for the living heritage that is special to Pulau Ubin - and this is something that can be sustained only if we continue to anchor the active participation of the community on this island.'"